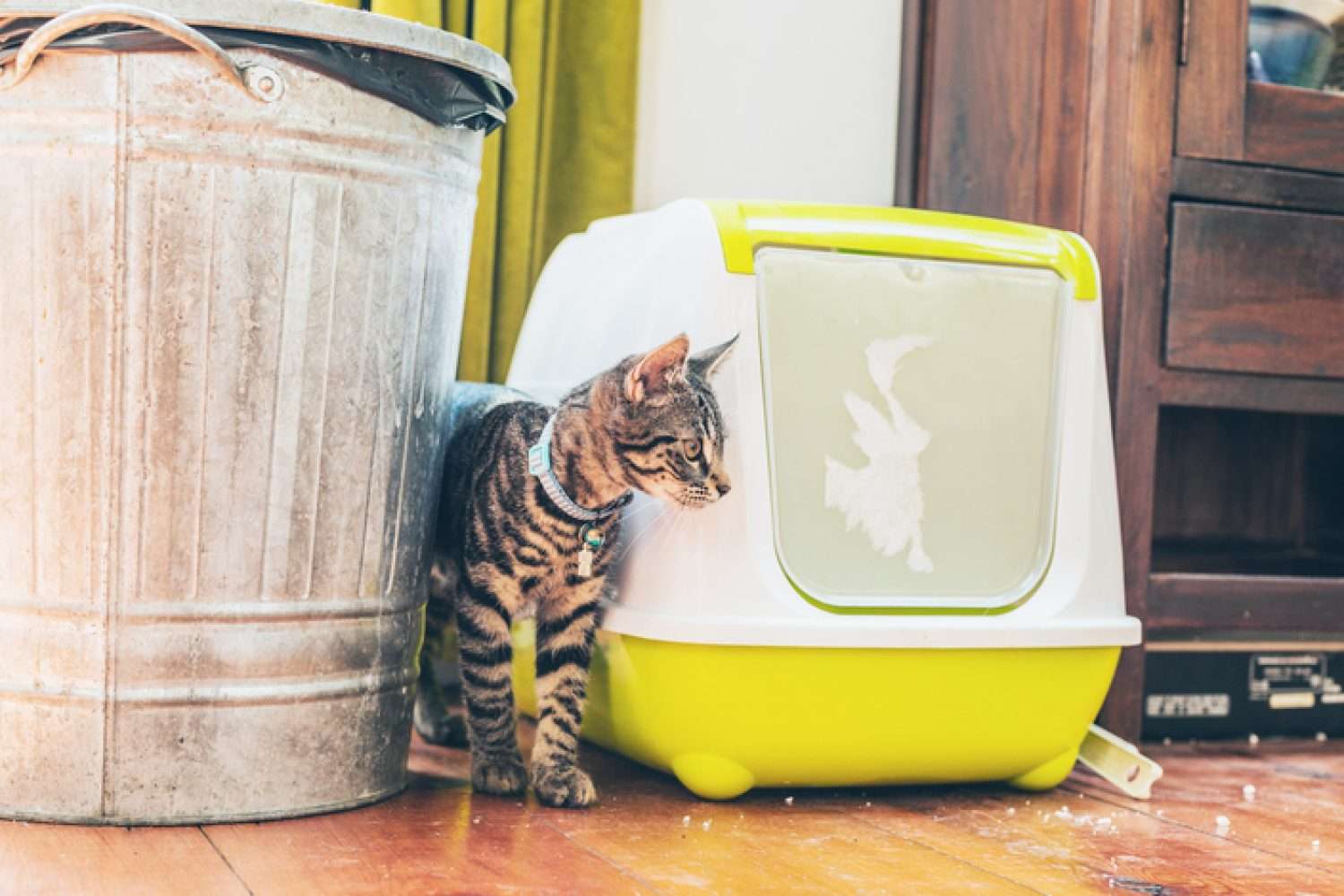 Litter box aversion is one of the more common behavioral complaints we hear from cat owners. However, in many cases a sudden refusal to use the litter box, as frustrating as it can be, is actually a symptom of a medical problem. We promise, your cat didn’t just suddenly develop a bad attitude!

If your cat has developed an aversion to his litter box, don’t hesitate to bring him in for a check-up. Yes, occasionally the problem could be a change of litter or some other environmental change that has upset him. But in many cases, using the bathroom outside of the litter box indicates a health concern that should be treated immediately.

Here’s what sometimes happens: Your cat enters the litter box as usual, intending to use it. But then he experiences a sudden, searing pain. He associates that pain with the litter box, and is afraid to use it again. Now he’s urinating all around the house, in an attempt to find a new toilet that doesn’t hurt him.

Of course, we humans understand that the litter box isn’t responsible for his discomfort. Often a bladder infection or some other illness is the cause of the pain. But cats aren’t exactly trained medical diagnosticians. All he knows is that urinating hurts, and he wants the pain to stop.

Urinary tract or bladder infections aren’t the only potential culprit in this situation. Cats can suffer a variety of health problems that might trigger litter box aversion, such as feline interstitial cystitis, bladder stones, or a blockage. If a blockage is the problem, your cat could actually face a life threatening emergency. Sometimes senior cats simply experience difficulty moving about the home or finding their litter box.

On the other hand, sometimes litter box aversion really is a behavioral problem. Your cat might avoid his litter box due to multiple cats using it, a lack of cleanliness, stress in the household, fear of an enclosed box, or simply a preference for a new absorbent material in the home (like a potted plant). Once we rule out the possibility of a health problem, we can help you deduce any potential environmental triggers for this behavior.

The important thing to remember is that litter box aversion is often a sign of a serious health concern. So give us a call and let’s rule that out first, so that we can get your kitty feeling better much faster.